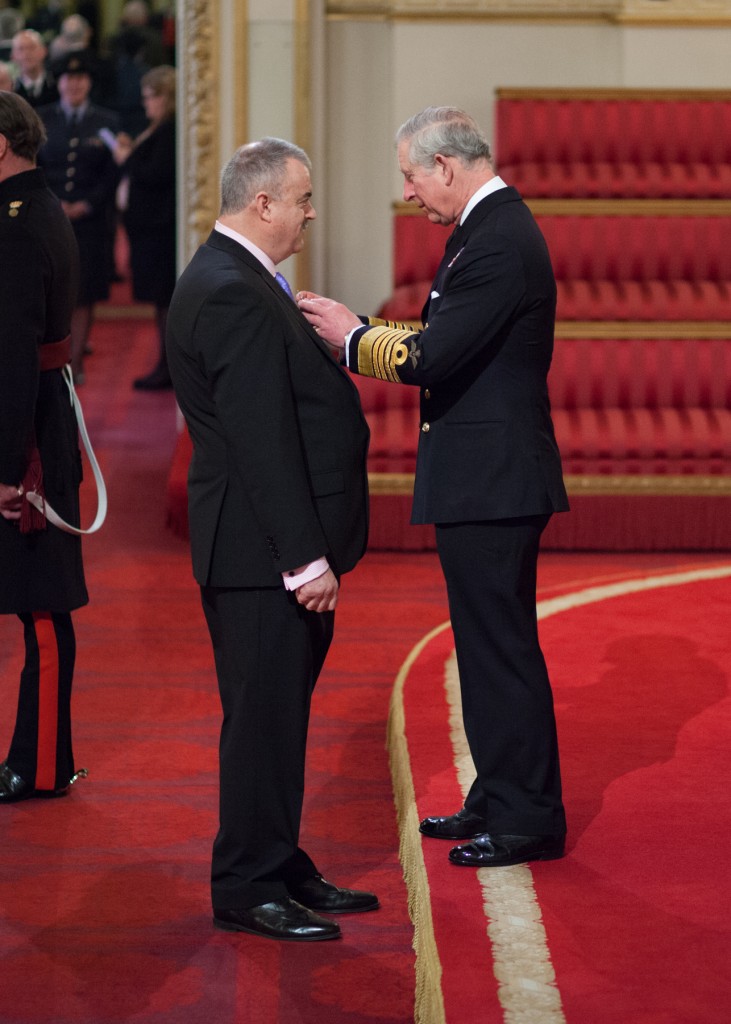 Graham said: “The event was awesome! It was amazing to find myself among such a wonderful group of people, drawn from so many different sectors of our society, all of whom were being recognised for significant achievements in their different fields. To stand alongside young soldiers, who were being decorated with a Military Cross for outstanding bravery in the face of an enemy, for example, was particularly humbling. While it was my name that was read out at the investiture, I was accepting the award on behalf of all of the survivors and volunteers at the Lantern Project, who have worked so hard for many years to help themselves and other victims learn how to cope with the trauma they experienced as children. It was a great privilege to accept this award in recognition for everything we have achieved together.”